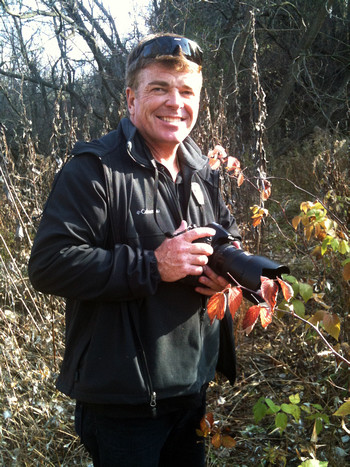 Roger Carlsen is one of Markham’s most provocative and prolific photographers. After more than 30 years in the business, he continues to expand his creative boundaries and carries his audience along for the journey. Bound with endless energy, Carlsen embarks on every shoot with an unbridled enthusiasm, which brings out, in his words, “the magical qualities of my subjects.”

Roger specializes in portrait, wedding, fashion and editorial photography. On location or in-studio, his approach to each genre is the same hands-on, innovative style that is found in every photograph. He uses the personality or character of his subjects, the environment and props to create something visually stimulating.

Roger's diverse portfolio reflects a creative talent that has attracted a long, impressive list of satisfied, and yes, diverse clients. Named “Favourite Photographer” in a Toronto area newspaper’s Readers’ Poll for four years running, Carlsen’s career is not slowing down any time soon. Indeed, Roger Carlsen will be putting his vision into print for many years to come. His creative journey rolls on... "Markham's Photographer"

In 1980, Roger Carlsen began photographing for a local studio before opening his own in downtown Toronto. He became known for his work in fashion, boudoir, celebrity and business portraiture. Faithful to masterful lighting, elements of whimsy and story telling, Carlsen is driven to reveal layers of character.

The beguiling beauty of Musselman’s lake fueled a latent calling as a nature photographer, which is demonstrated in the creative offerings in "Photo Art Shop". He spends many happy hours tromping through thigh-high snow; braving voracious insects; and lying on his belly staring into the soulful eyes of many of the residents of our local wetlands.

Roger is available for commercial and personal assignments. To find out more please call at 416-576-2722 or email at [email protected]